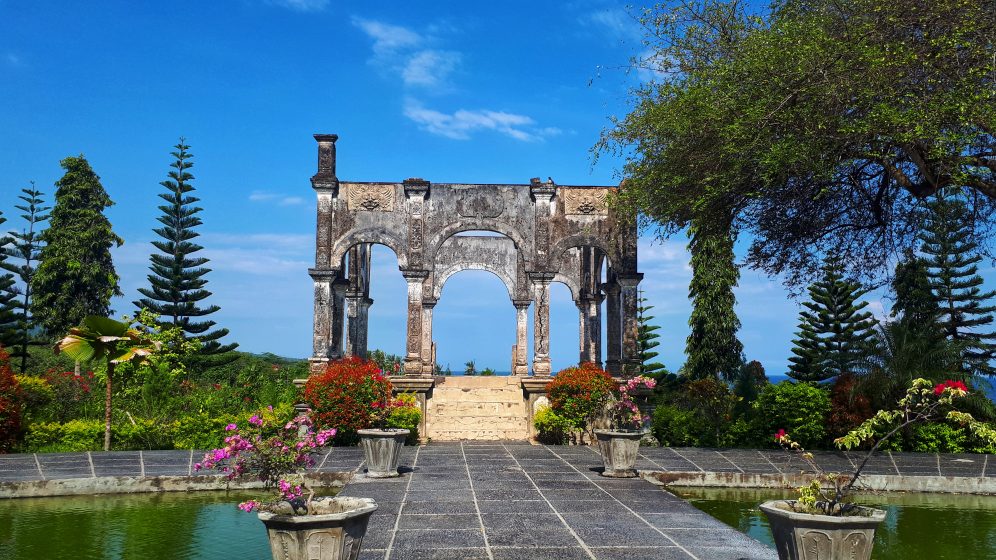 For those who love to see ancient buildings maintained as it is and exploring historical background of Bali in the kingdom era, then Taman Ujung is a suitable spot to visit.Taman Ujung Water Palace is located around 17 ( seventeen ) kilometer or about 30 ( thirty minutes ) driving from Villa Gita, in Banjar Ujung, Tumbu Village. This place is famous for pre-wedding photograph session or entertaining VIP guest of the government or royalties.

Taman Ujung is a former palace, built by the king of Karangasem, I Gusti Bagus Jelantik, who holds title as Anak Agung Ketut Karangasem Anglurah, began in 1909. The architect was a Dutch named Van Den Hentz and a Chinese named Loto Ang. The construction completed in 1921, but then natural disaster which was volcanin eruption in 1963 and eartquake in 1975 destroyed the palace almost entirely. And then construction again done in 2000. Taman Ujung privately owned by the Royalty Family of Karangasem but allows outsider to visit.